On Saturday, January 26, 2013, Kamaycha expponent and son of Padma Shree Sakar Khan Manganiar, Ghever Khan and his younger brother came calling from Jaisalmer, Rajasthan. They had already booked their train tickets to join us for Kirtan in honour of my mother, Bibi Surjit Kaur (d.2012), which was scheduled on the day. The programme had to be postponed for various logistical reasons. Both the brothers played at the ongoing Jaipur Literary Festival and came straight. Soon it was sublime music by the two extremely talented brothers. Luigi Hari Tehel Singh played some Rababa at the beginning and I played some Jori and even sang some after before we set of to meet with my granduncle, Bhai Gurcharan Singh. Here are some photos by Gurliv Singh: 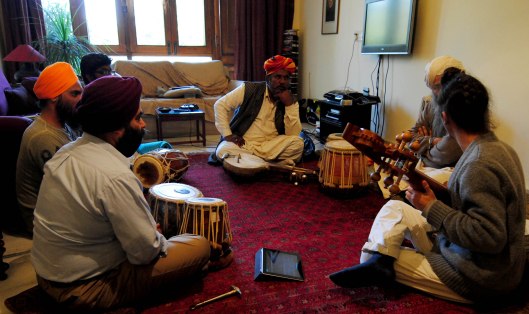 Luigi was asked to play some, which he did…

As he had not played the Rabab for nearly three weeks, his hands were rusty – no wonder the saying, ‘you go away from the instrument for a day, it goes a hundred away from you !” His Rabab has new gut-strings and to whom he is yet to be fully acquainted but he did a fine job of it, overall.

Feroze Khans’ playing the Dholak so well reminded me of Ma…! 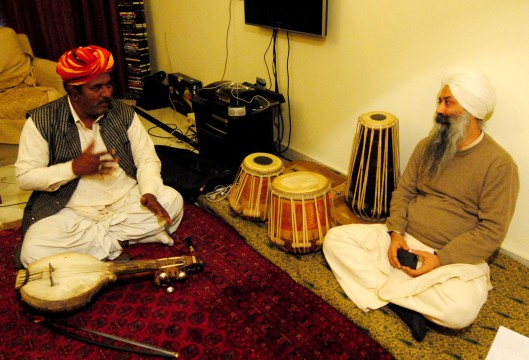 The old boy even got to play some… 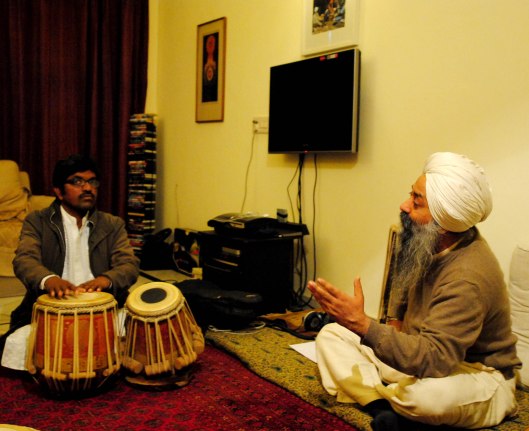 …and got to sing illustrations some !