Born in 1937 at Gujranwala, Pandit Yashpaul is the senior most performing artist of the Agra Gharāna. For more than six decades, he has been a luminary of Classical Vocal Music, and through his guidance, training, performances, and discourses, he has cultivated students as per the hereditary tradition of Guru-Shishya Paramparā in the north western region of India. Keeping in view his contributions and efforts in the field of Classical Vocal Music, he has been an invaluable asset of this region and of the nation. His career has been a history of striving for perfection and excellence. He received his music training under gurus Pt. Kasturi Lal Ji Jassara from Qasoor Gharāna, Pt. Harish Chandra Ji Bali, Ustad Vilayat Husain Khan Saheb and Ustad Yunus Husain Khan Saheb, the legendary doyens of the Agra Gharāna of the NoharBāni. 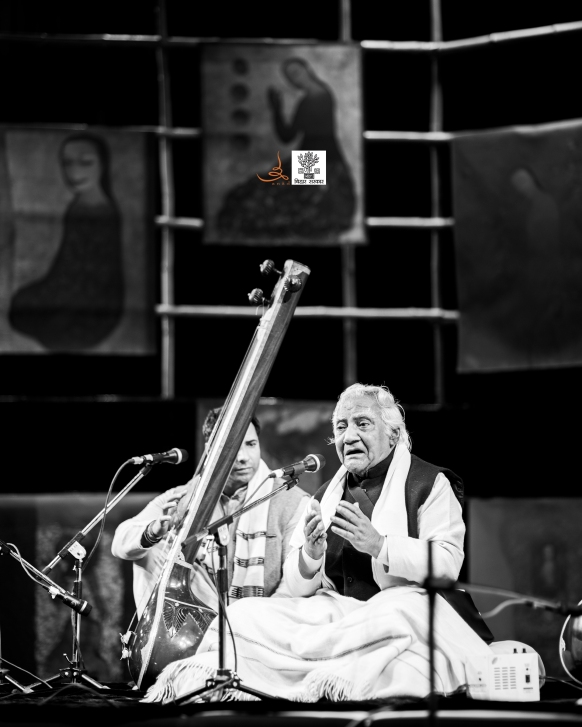